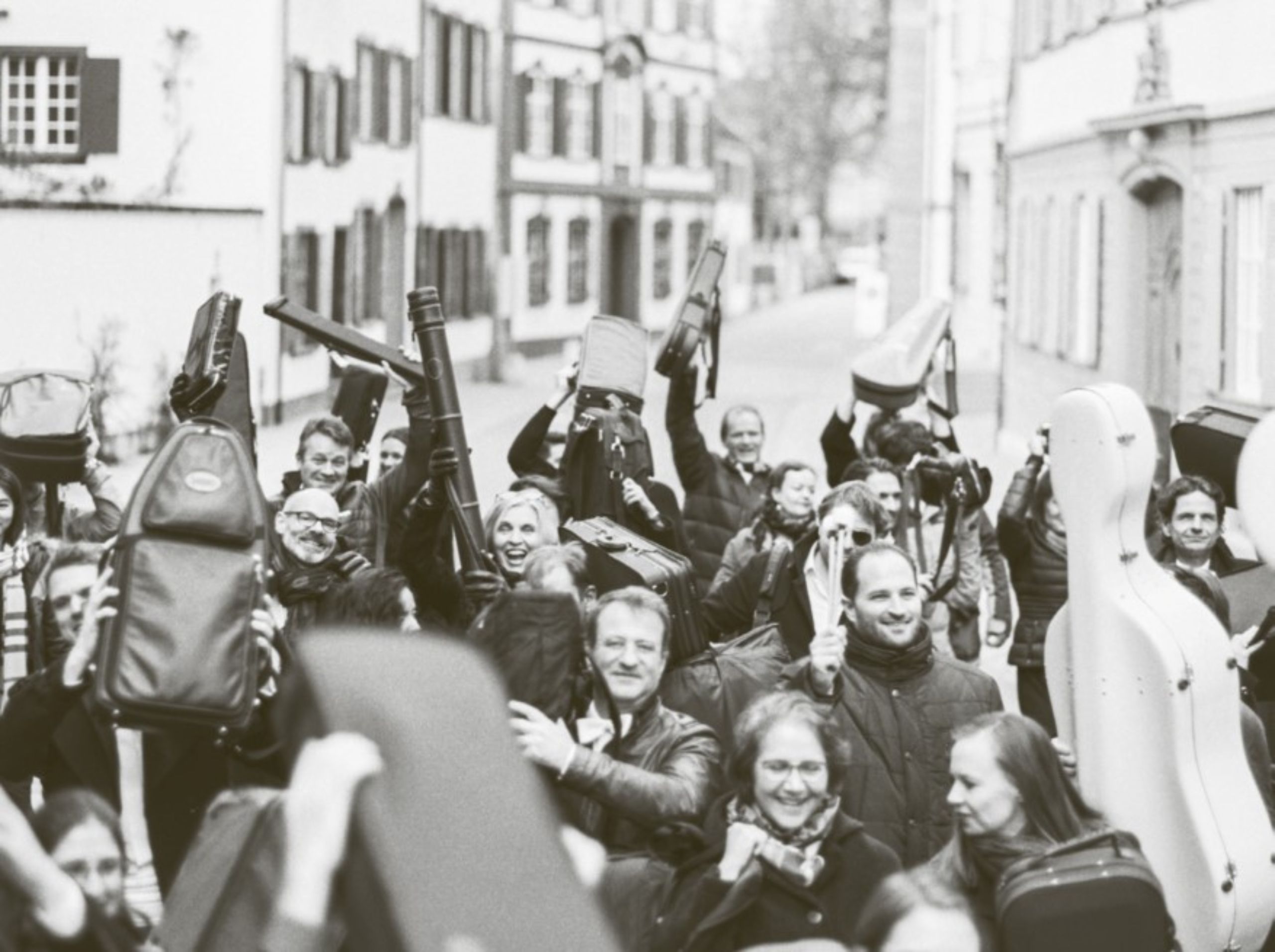 For the exquisite taste in music: 8 concerts on Wednesday


The concert will be recorded by Radio SRF2 Kultur and broadcast in the show ‹Im Konzertsaal›.


The myth of Doctor Faust, with his greed for knowledge and power and his lust for amorous escapades, has not lost its fascination to this day. His inability to enjoy the moment of happiness leads to the devil's pact with Mephisto. Franz Liszt composed an entire symphony about it, without claiming to set Goethe's literary model to music. In three large movements characterising Faust, Gretchen and Mephisto, he wanted to make the spiritual content of Faust audible.

The 24th Psalm by Lili Boulanger is the miraculous work of a 22-year-old composer who unfortunately died far too early. And with the Song of the Rising Lark by Ralph Vaughan Williams, written almost at the same time, Pekka Kuusisto will make his first appearance of the season as 'Artist in Residence' of the Basel Symphony Orchestra. 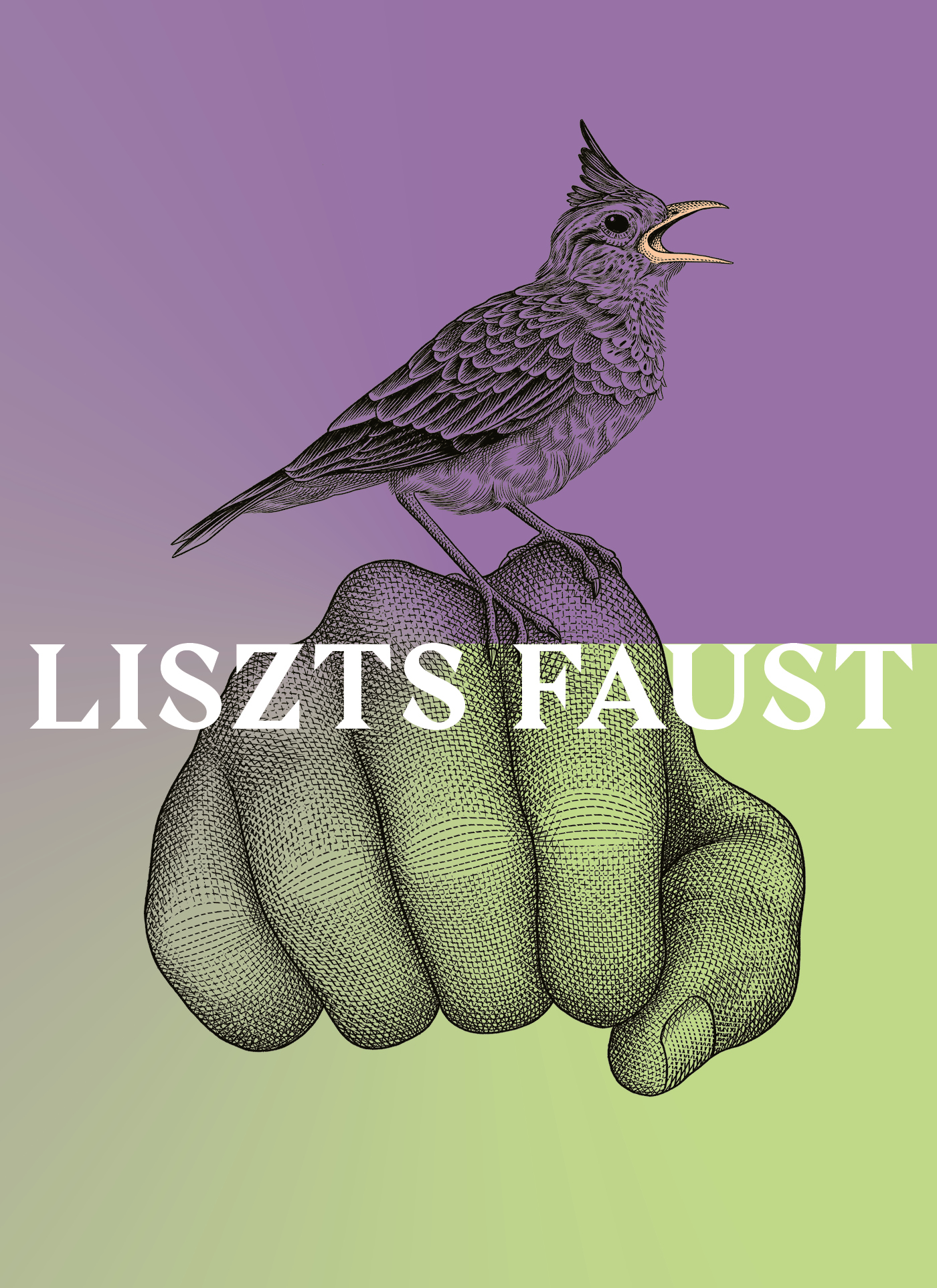 
Mahler's Fourth comes across as heavenly light and almost too harmless. The basic mood of the piece is like the "undifferentiated blue of the sky, which is more difficult to hit than all changing and contrasting inks", the composer said. At the latest during the soprano solo in the final movement, which speaks drastically of the "butcher Herod", it becomes clear that this sky can also darken.

The history of the symphonic movement Blumine, however, is full of mystery: once part of the 1st Symphony, Mahler deleted the movement after only a few performances during a thorough revision of the work. After the movement had long been lost, Blumine was unearthed again in 1966; the work has since been performed as a separate piece.

The German composer Walter Braunfels proves that violas can also sob. The premiere of his Schottische Phantasie was banned in 1933 under the reorganisation of German cultural life. The work counters with lightness and sunny rapture - the source of inspiration for it was Scotland. 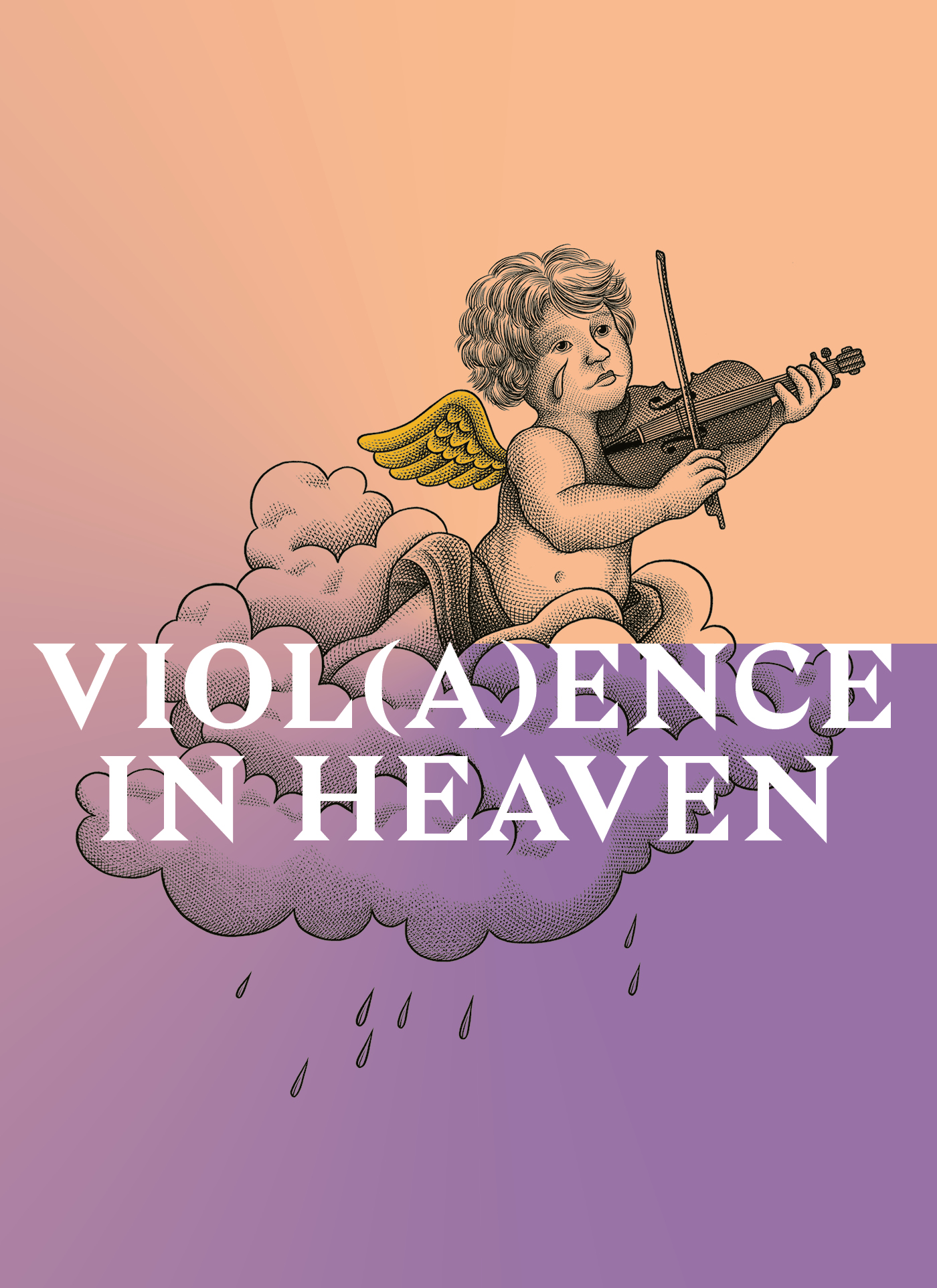 
'Sound Atlas' is not only our season motto, but also the title of one of the latest orchestral works by our 'Composer in Residence' Anders Hillborg. His music stands for immersion in spherical sound worlds. After the 2019 premiere in London, one critic enthusiastically wrote: "If Stanley Kubrick came back to remake 2001 and needed a soundtrack, Hillborg would be his man."

With Debussy's La Mer, a musical work of art of seductive soundscapes awaits you after the interval. Debussy composed La Mer neither on the Atlantic nor on the Mediterranean, but in Burgundy.

Tschaikowski wrote his violin concerto with a view of the blossoming trees on Lake Geneva. He could not have guessed that after the premiere in Vienna, the music critic Eduard Hanslick would ask the malicious question, "Aren't there pieces of music that you can hear stink? 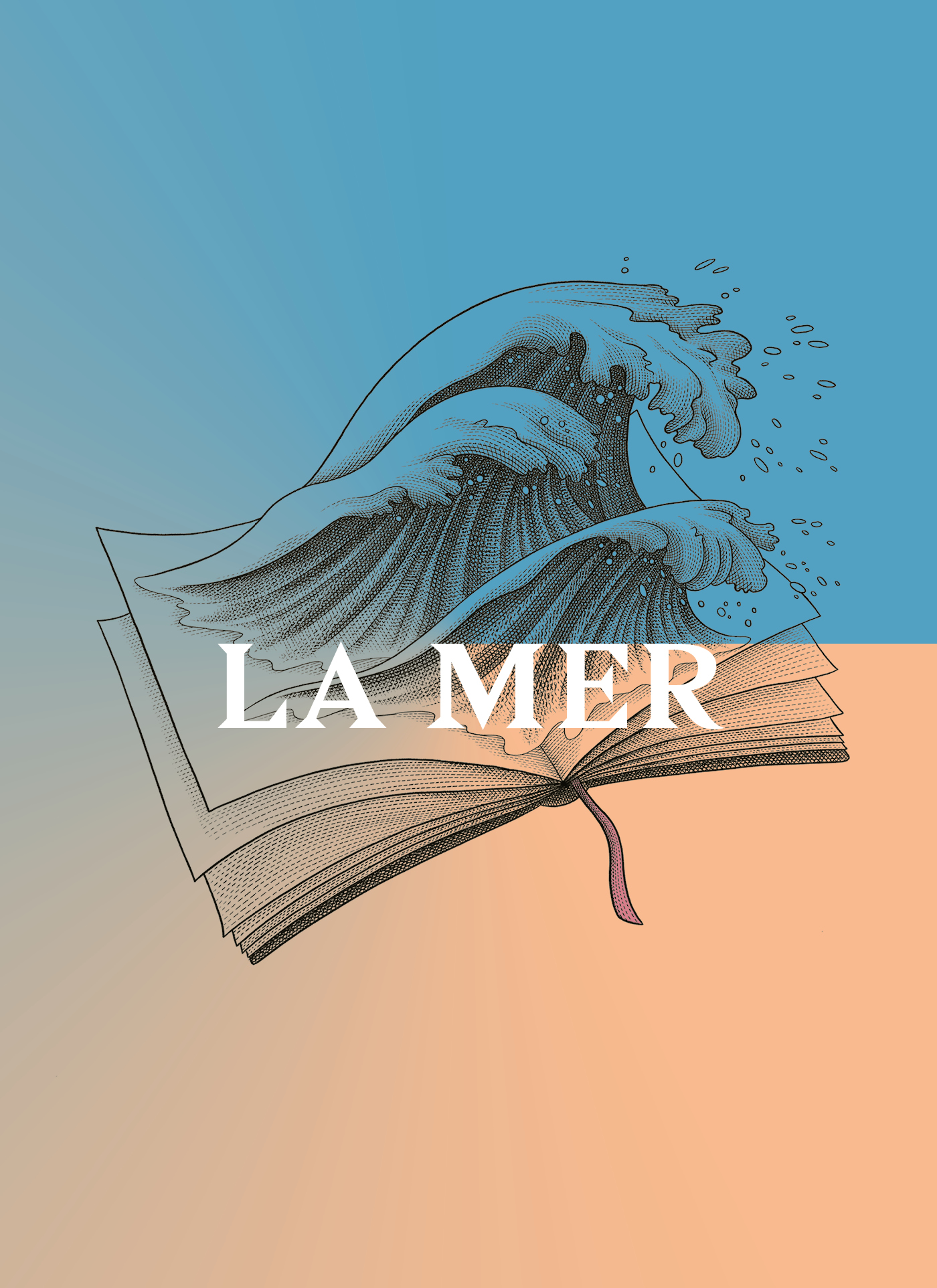 CELLO ON THE ROCKS


Anders Hillborg, 'Composer in Residence' this season, comes from electronic music, has already composed for film, pop and choir and finally found his way to orchestral music through the works of György Ligeti. In his Cello Concerto, the soloist finds himself dangerously close to the abyss: with long ascending melodic lines, the solo cello winds its way out of the intimacy of the instrumentation and the icy soundscape. After the work's world premiere in Antwerp, the German cellist Nicolas Altstaedt now gives the concerto its Swiss premiere in Basel.

If Dmitri Shostakovich's 10th Symphony, premiered in December 1953, had been published a year earlier, his career would probably have been at stake. The symphony was part of a whole collection of 'serious' works that had accumulated in Shostakovich's drawers until Stalin's death in March 1953, awaiting their premiere or the end of their performance ban. In the Tenth, sombre treatments of the dictatorial Stalin era can be heard before Shostakovich hammers his own trademark - the initials D-S-C-H - into the score as a sequence of notes in the final bars of the symphony.

This concert will feature a discovery programme, the schedule of which will be announced in advance in the programme magazine. 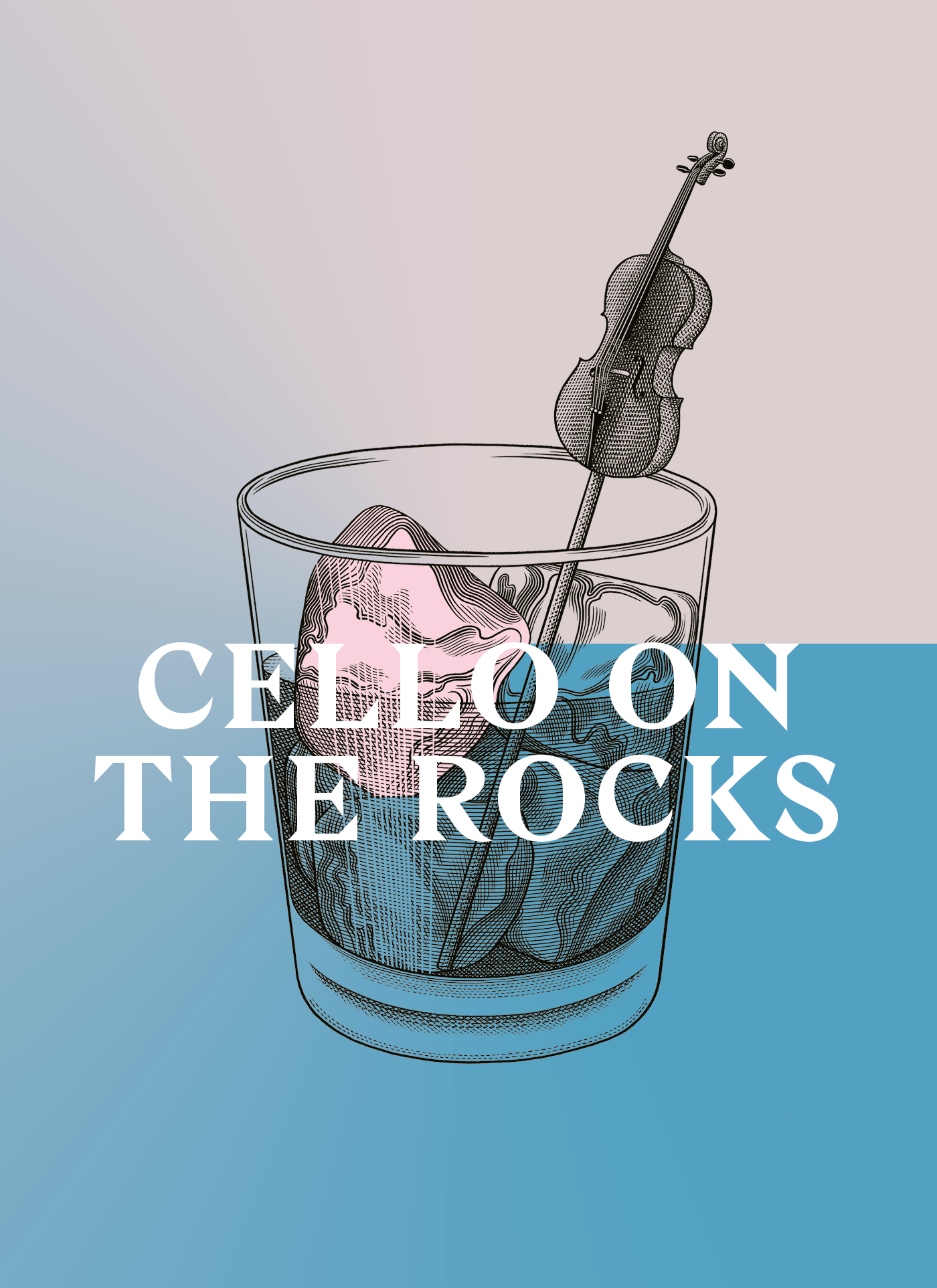 
The concert will be followed by a public critique session with Benjamin Herzog (moderator) in the Musiksaal.


When the famous piano concertos by Sergei Rachmaninoff are performed, pianists knowingly refer to them as 'Rach 2' or 'Rach 3'. To mark the 150th anniversary of the composer's birth, this concert programme includes a work that is equally indebted to the musical melancholy of late Romantic Russia. Rachmaninov's 2nd Symphony arose like a phoenix from the ashes of the disastrous premiere of his 1st Symphony. Plagued by a deep crisis of meaning, Rachmaninoff found seclusion and tranquillity in Dresden in 1906/07 in order to dare to tackle the supreme discipline of the symphony again after twelve years. The result is a work between transfigured melancholy and life-affirming euphoria - a mixture that the Russian composer maintained even during his forced exile in America and in Weggis, Lucerne.

Switzerland was also a place of refuge for Igor Stravinsky, and he regularly stayed on Lake Geneva from 1910 onwards. The composer slipped into many different style dresses during his creative period - for his only violin concerto, for example, he explored baroque forms. It was premiered in 1931 at the Berlin radio station - as one of the first live broadcasts of the Reichsrundfunkgesellschaft of the time. 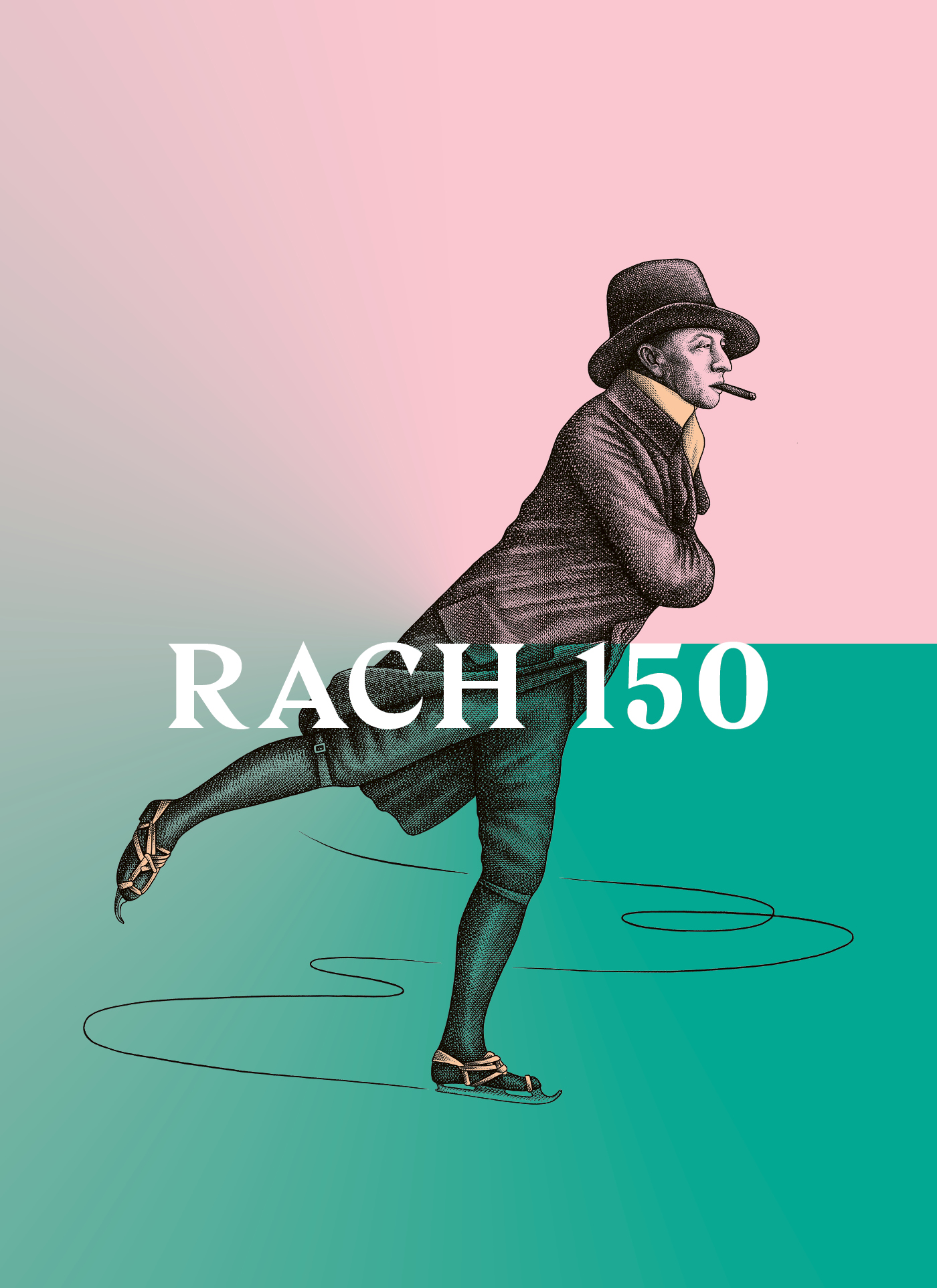 
"I have done my duty on earth; I did what I could." Ten years before his death, Anton Bruckner had already suspected that the Ninth Symphony would be his last, as it had been for Ludwig van Beethoven. And yet he harboured a fervent desire to complete the Ninth. Tragically, it remained a fragment dedicated "to the dear God".

But before that, the programme includes the Swiss premiere of Anders Hillborg's Concerto for Viola and Orchestra with the English violist Lawrence Power. 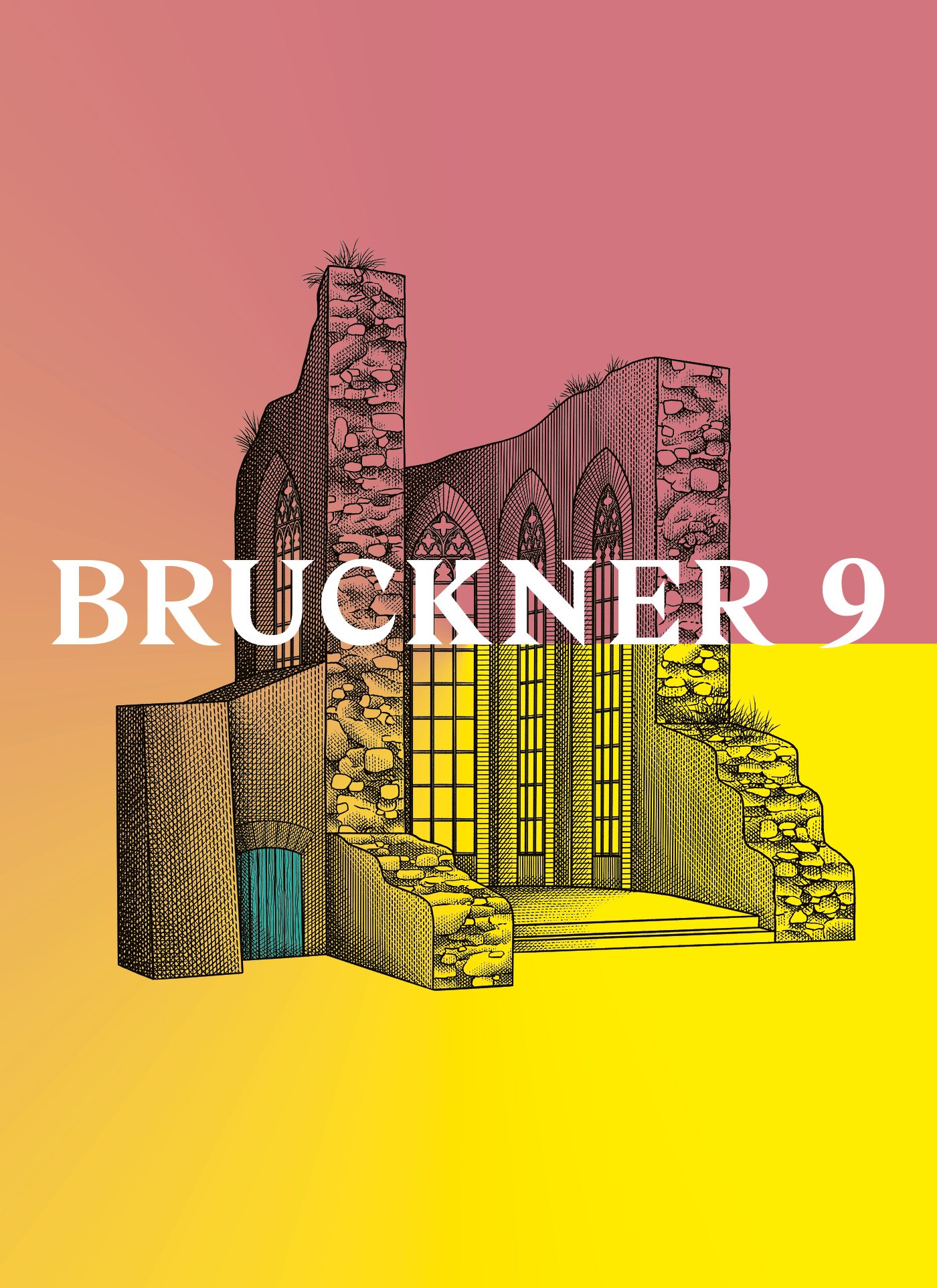 
An apotheosis of dance from Gigues, Bolero, Rondes de Printemps and Jota surrounds the 1st Piano Concerto by Pyotr Ilyich Tchaikovsky this evening. French conductor Pierre Bleuse brings a colourful potpourri of orchestral music from French elegance and Spanish passion to Basel with his debut with the Sinfonieorchester Basel. Manuel de Falla composed his The Three-Cornered Hat in 1919 for the London-based Ballets Russes. The use of Spanish rhythms and instrumental colours brings the work close to Debussy's Images pour orchestre and Ravel's Boléro. Ravel remarked about his most successful work to fellow composer Arthur Honegger: "I have made only one masterpiece, that is the Boléro; unfortunately it contains no music." He is not entirely wrong: a single rhythmic model in 15 minutes - repeated 169 times. The ecstatic force that emerges from this is unique. 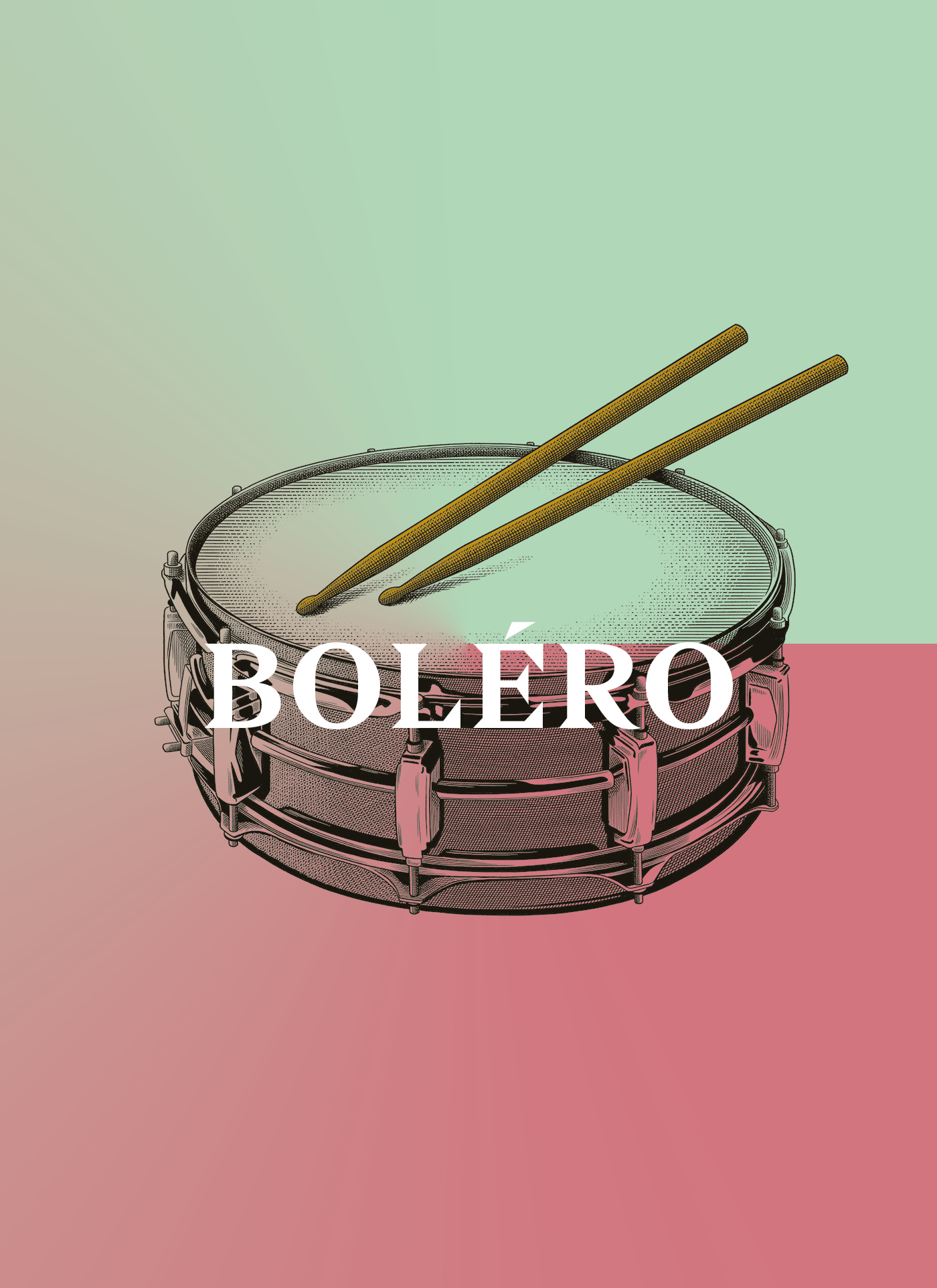 
Beethoven began composing his 1st Piano Concerto shortly after moving from Bonn to Vienna in order to present his own virtuoso piano playing at his new place of work. Shortly before the premiere, Beethoven reported to his friend Franz Wegeler that he composed the finale "only in the afternoon two days before the performance [...] Four copyists sat in the hall and worked on the manuscript sheets, which I handed to them one after the other."

It was only at an advanced age that César Franck composed his first and only symphony, which ingeniously combines French charm with absolute music à la Beethoven. Audiences and critics reacted with irritation at the premiere. It was discussed whether the composer belonged more to the camp of Wagner's programme music or to that of Brahms and the followers of absolute music. Franck, whose 200th birthday is being celebrated this season, did not live to see his work triumph in the concert halls: One year after its premiere in 1889, he died in Paris as the result of a traffic accident. 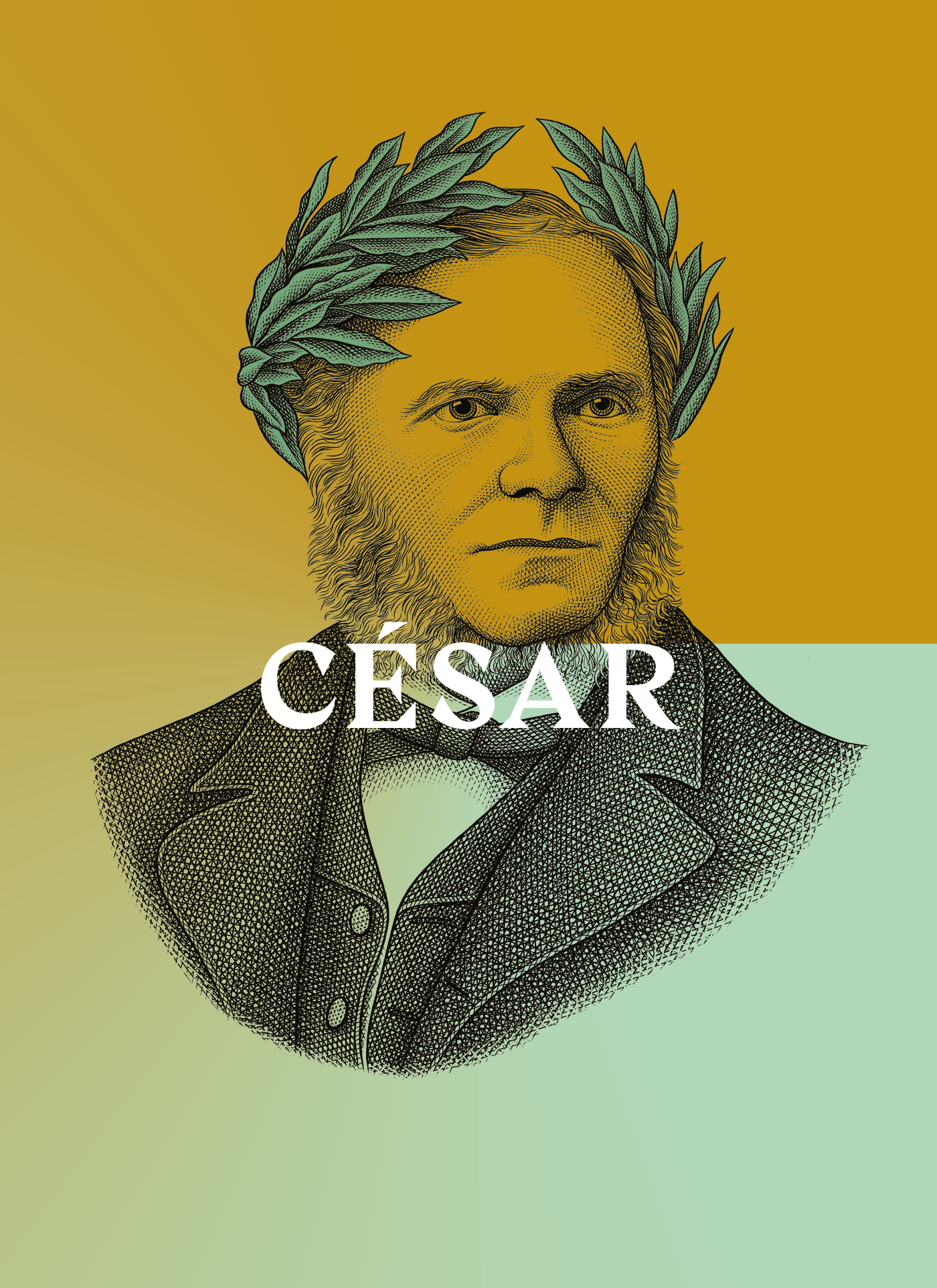