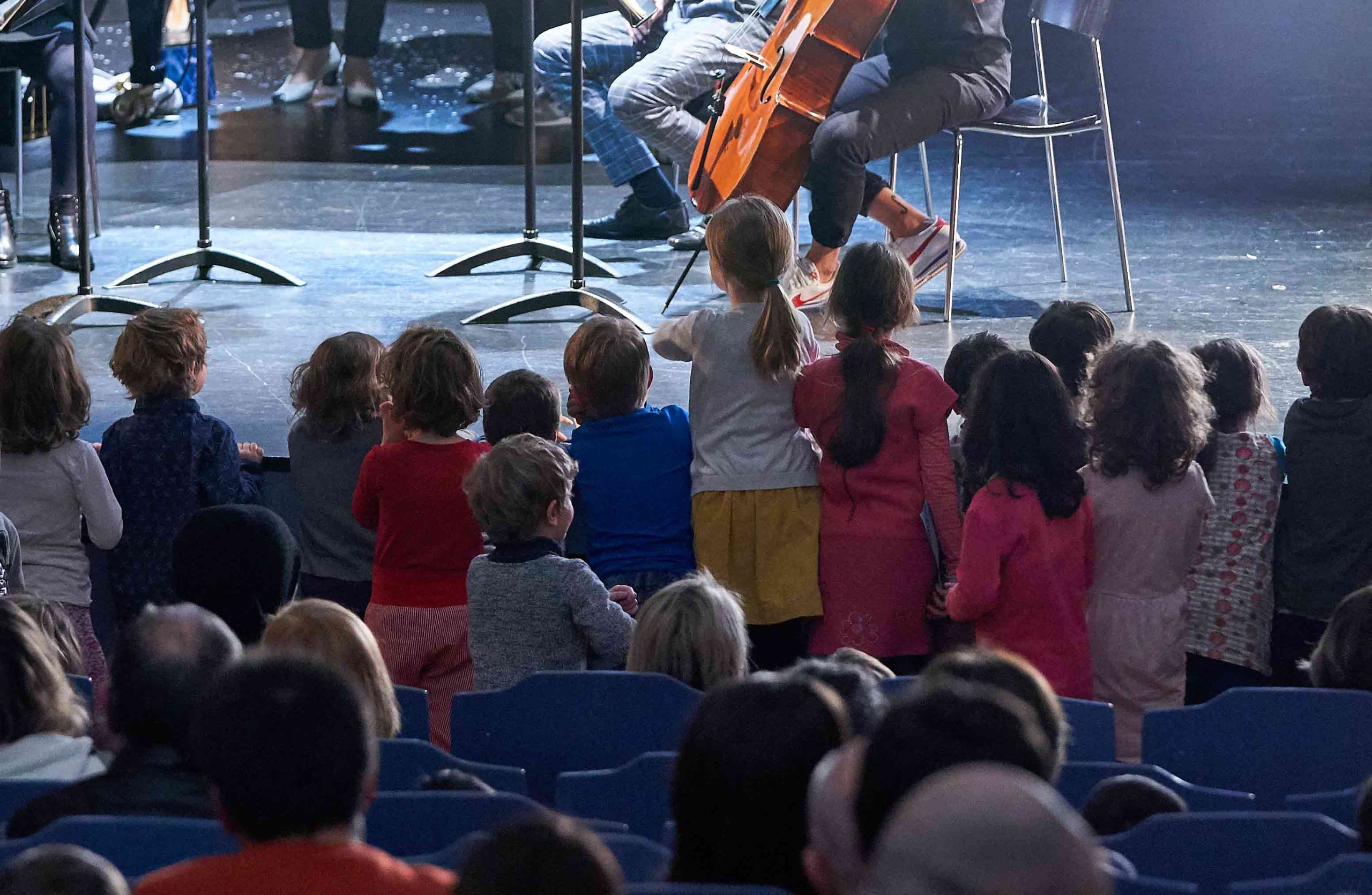 160 students from the Liestal and Muttenz secondary school choirs and the Sinfonieorchester Basel staged a flash mob on Barfüsserplatz in Basel on Thursday, 25 August 2022. With Giuseppe Verdi's 'Dies Irae', the students and musicians, led by conductor Leonardo Sini, gave an impressive foretaste of the joint concert, at which the entire Requiem was performed in the sold-out Stadtcasino Basel.

As part of our education programmes with school classes, we would like to perform a large-scale programme of Swiss folk songs at the end of March 2022. Over two hundred participants in the survey voted. Eleven songs were included in the programme. With our new 'Singalong-Mobil', the song programme will also go on tour through various institutions in Basel and the surrounding area.

The basic material of the Drei Rätsel, also known as the story of Turandot, is one of the oldest European myths about adolescence just beginning; this transition from childhood to puberty, so extraordinarily epically portrayed, appears here framed in the old fairy tale tradition and is intended to unfold its very own quality through the portrayal of the children - those it concerns! - it will unfold a power and quality all of its own.

This concert is suitable for children and young people from the 3rd primary school class.

Registration for schools (compulsory): +41 (0)61 272 25 25 or ticket@sinfonieorchesterbasel.notexisting@nodomain.comch

Already in 2013, the first string class was created, which enables all interested pupils of the Insel primary school to learn a string instrument free of charge. After many years of successful cooperation, this has developed into the association 'Orchesterschule Insel'. Since August 2020, further string classes have been established at the Thierstein primary school. The children are taught weekly by musicians from the Basel Symphony Orchestra. Together with the professionals, programmes for the big concert stage are also developed time and again.